If you own a website, blog or a forum, you can show your support for ApoTheTech.com by using any of the logos anywhere on your website.

The picture shows an HTC S620 running live search. As most of the windows mobile users know that this is a Windows Mobile standard device, which are non-touch screen devices. The screenshot is from a touch screen device(start menu is on top-left). :!:

Yes, this is a great news for all the UMPC users. But, the XP users are out of luck as the Origami experience 2.0 requires Windows Vista to work.

A UMPC with the following specifications: –

The UMPC must have the following software installed: –

Price is not yet unveiled. Here is the description from the vodafone UK website:

Feature rich Windows Mobile 6.1 device utilising HTC’s new Touchflow UI. This device is in a tablet form factor meaning it is touch screen only. The Diamond surpasses the iPhone in all aspects, the key differentiator is the inherent flexibility of the Diamond. It comes loaded with Vodafone Email Plus and the Vodafone Sat Nav program. Launch expected in July

Apple has created a huge stir with its announcement of the new $199 iPhone 3G, available mid-July. Appleinsider.com estimates that 45 million iPhones will be sold by the end of 2009.

Thaddeus Computing will support iPhone users with a print magazine and a companion Web site. The premier issue of the iPhone Edition of Smartphone & Pocket PC will be available mid-August on newsstands worldwide.

â€œGiven the incredible interest in the new iPhone, extending our Smartphone & Pocket PC brand to cover the iPhone and iPod touch is natural for us. Weâ€™ve been doing enthusiast mobile computing publications since 1985.

“We look forward to helping users get the most out of their iPhone or iPod touch and have already identified over 100 hidden tips about using built-in software and iTunes. Each issue will cover new software, top accessories, and best Web applications. Our â€˜iPhone at Workâ€™ section will assist both professionals and large organizations.â€

END_OF_DOCUMENT_TOKEN_TO_BE_REPLACED

Spb Software House, the leading Windows Mobile applications vendor, releases Spb Backup 2.0 â€” a tool for making reserve copies of personal data and system settings for Windows Mobile phones. Spb Backup safeguards from data loss, eliminates the pain of reinstalling applications after a hard reset, a ROM or device upgrade, and delivers a flawless restore experience. The choice of ASUS and Gigabyte, Spb Backup became the best-sold backup utility for Pocket PC in 2007. The new Spb Backup 2.0 is smarter, twice as fast, and makes moving data between Windows Mobile phones as easy as unpacking an archive.

Spb Backup 2.0 will come to the rescue if a hard reset disaster strikes, or if the device is stolen or lost. Spb Backup Sync makes it easy to keep a recent copy of all data and system settings at a secure desktop PC location. Spb Backup 2.0 will restore from the archive, even if data has to be moved to a new device or ROM. The backing up process itself is so easy, that regular backups will become second nature. Spb Backup 2.0 works for both Pocket PCs and Smartphones and copies the entire device, including contacts, sms, emails, storage card files, and even preferences and shortcuts. END_OF_DOCUMENT_TOKEN_TO_BE_REPLACED

Rumors are great when they finally come true and the rumored Samsung i900 is finally about to be a reality. Called the Omnia, this is one Windows Mobile device that should be strong competition for the upcoming 3G iPhone and when you look at what this device comes with, it may well top the new HTC Touch Diamond. At a glance you get Windows Mobile 6.1 Pro, a 3.2-inch WideQVGA display (240 x 400 pixels) and an optical mouse much like the one found in the Samsung i780. A 5 megapixel auto focus camera using face and smile detection is a big attraction for those that want a decent camera with their device.Â  In addition there is a built-in GPS receiver. 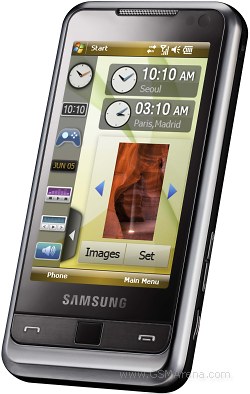 Samsung i900 Omnia waistline is only 12.5mm and the brushed metal back certainly adds to its refined looks. That figure along with the other dimensions makes it rather identical to the Apple iPhone. Most importantly the i900 shares with the iPhone the same massive internal memory – both an 8GB and a 16GB i900 versions will be available with the microSD still present for further expanding those with up to 16 gigs worth of storage.

Malaysians have turned to the Internet to vent their anger at one of the biggest hikes in fuel prices, and some are using it to rally support against the measure in a country with tight restrictions on street protests.

Much of the rage was directed against Prime Minister Abdullah Ahmad Badawi, already fighting for political survival since leading his ruling coalition to its worst election showing in March.

“We used to think you were nice. Now you are just nasty, plain nasty,” read a post from someone calling himself a “hungry Malaysian” on rockybru.blogspot.com, arguing there was going to be less food on the table for millions of poor people.

The hacker left a drawing of a skull with a sword through its neck, blaming the prime minister for the fuel rise, the newspaper said. There was a notice later put up on the website www.pmo.gov.my saying it had been temporarily shut down for maintenance, it said.

I just went through this link and it has over 222 comments! :o According to me, protesting peacefully should have been the best option. Hackers hacking the government websites won’t yield anything to them. Will it?

Firefox 3 is based on the Gecko 1.9 Web rendering platform, which has been under development for the past 34 months. Building on the previous release, Gecko 1.9 has more than 14,000 updates including some major re-architecting to provide improved performance, stability, rendering correctness, and code simplification and sustainability. Firefox 3 has been built on top of this new platform resulting in a more secure, easier to use, more personal product with a lot more under the hood to offer website and Firefox add-on developers.

es, it is out of ‘preview’ and final version of Windows Search 4.0 is available.

So, what’s new in this release?

First and foremost: we’ve introduced some performance and reliability improvements. Queries are faster, as is indexing – how much faster depends on your machine and your data. Improved reliability means that system failures won’t get in the way of the indexer and all of your data will be scanned and available for searches.

Additionally, Windows Search 4.0 offers manageability improvements that IT Pros should take note of.

For starters, we have extended Group Policy to control more aspects of search functionality and made this control more granular with per-user policies. You can use Group Policy Objects to control how desktop search accesses remote resources – such as Microsoft Exchange Server resources or file shares – to manage network utilization.